Find Your Perfect Fireplace, Insert, and Stove with Gas or Wood Fuel

Everything from rustic and traditional to modern. IHT gives you every option to turn your home and business into the warm and comfortable getaway you desire with the addition of a Kozy Heat model. Start today!

Free Vent Kit with purchase of a Kozy Heat Insert 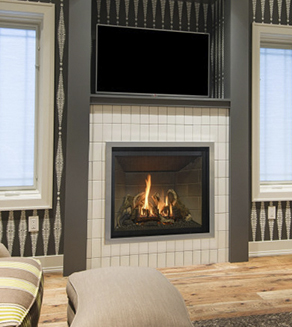 Kozy Heat: Making Your Home Beautiful And Efficient With Fireplaces

Today, Kozy Heat is one of the leading fireplace manufacturers with a reputation for modern and contemporary designs combined with top energy efficiency for home heating. Our designs add to the look of any home, providing cozy heating for any room with our gas fireplaces, inserts, gas fireplace accessories, as well as our selection of wood burning zero clearance fireplace models.

Our four convenient locations feature the finest selection of static and burning models for you to see and feel the difference. For fireplaces in Denver, Highlands Ranch, and Boulder to cover the Denver metro area, there is no better place than IHT Hot Tubs and Fireplaces.

We will come to your site for a consultation to insure we take into account all of your requirements and meet the highest standards in design and installation. Our goal at IHT is to assist you to exceed your expectations, and provide the information, technical knowledge, and design assistance you need.

We are here to help you every step of the way whether you are a new homeowner, a first time remodeler, a seasoned pro, or a contractor.

Let us match your likes and lifestyle to find the perfect fireplace, insert or stove for your needs.

The Story of Kozy Heat

Dudley Hussong, Chairman of the Board, established Kozy Heat® during 1976 in his father’s millwork shop in southern Minnesota. The first Kozy Heat product was a wood-burning fireplace that was created as a more efficient way to heat the shop during the fuel embargo.

The word spread around town and a local contractor later persuaded Hussong to build another, and then another for local homes. Kozy Heat soon became known as a high-quality, energy-efficient home heating supplement. Within two years, Kozy Heat was selling fireplaces throughout Minnesota.

Jim Hussong, President, joined his father full time in 1984. The two became a team with Jim concentrating on expanding the sales and marketing division, whereas Dudley remained focused researching and developing new products. Together they have created distribution and representation nationwide with a full product line of both wood and gas fireplaces.

Heather and Hannah Hussong joined their father full time in 2014. Kozy Heat is a three-generational business that is family owned and operated. Throughout the expansion of the company and changes in products, the commitment to quality and efficiency remained constant as nationally recognized wood and gas fireplace manufacturers.

Kozy Heat is proud to offer this product from our family to yours as we continue to add to our line of wood and gas fireplaces.