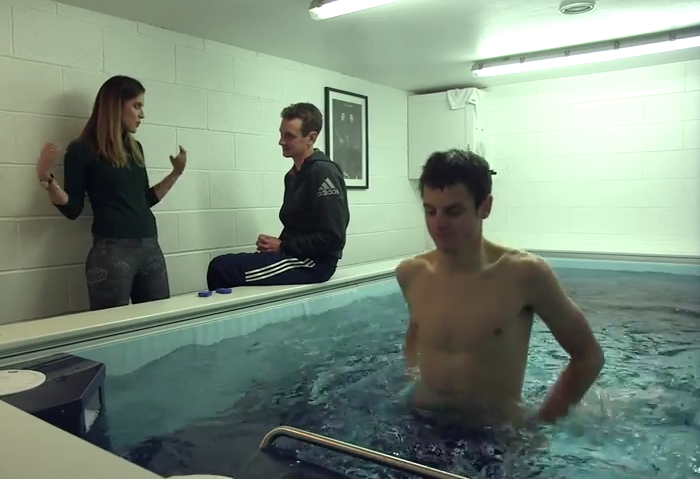 The other day, Alistair Brownlee won gold medal in the men’s Olympic Triathlon in Rio. His brother, Jonathan Brownlee, placed a very close second, winning silver. They won gold and bronze in London in 2012, respectively. What a huge victory!

While training for the London Olympics four years ago, Alistair injured his Achilles tendon, so he used an Endless Pool® swim spa to continue running on the underwater treadmill in the low-impact aquatic environment. He testifies that the swim spa gave him a significant advantage in his training and recovery leading up to his big victory in London.

And last year, Jonathan trained in the Endless Pools swim spa after a stress fracture prevented him from running on terrain. To everyone’s amazement, he was at full strength after a short 7-8 weeks using the Endless Pools® Underwater Treadmill.

During that same time, Alistair used the swim spa to train and rehabiliate while recovering from ankle surgery. Post-recovery, he even won World Triathlon Series races this summer before the Olympics.

The underwater mirrors and video in their Endless Pool allows the brothers to study their swim technique.

The wellness you deserve is closer than you think. YOUR life can be transformed through the use of the Endless Pools Fitness System. Let us help you learn how…

How Do I Buy a Hot Tub from Home?

How Often Should My Fireplace Be Serviced?

Fall in Love with a Covana® Automated Gazebo and Cover!